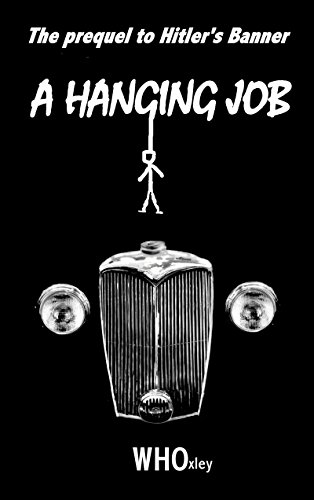 Don’t kill a copper cos it’s a hanging job.

The tale is set in London on the eve of World War 2 at a time when hanging was the penalty for murder and the cut-throat razor, the weapon of choice for settling differences within the criminal fraternity.

It’s 1939 and Hitler is about to invade Poland and kick off the Second World War, but Foxy has more important things on his mind. One the best in getaway drivers in the business, he’d got out of the business before Detective Inspector Hawker had managed to nab him, but having been pressured into taking part in a bungled bank robbery, he now finds himself at risk of a formal introduction to the hangman if caught. For Foxy comedy and tragedy have always gone hand in hand, and this day is no exception as he plays hide and seek with the forces of law and order in the streets of London and the leafy lanes of Hertfordshire, doggedly keeping one step ahead thanks to his driving skills.