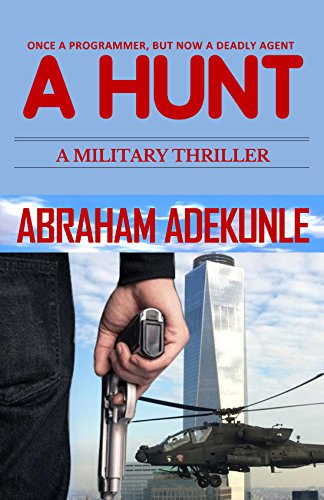 Once a programmer.
But now a deadly agent.

Twenty-year-old Peter Adewale was peacefully living his life when his police-evading, combat, and shooting skills was suddenly awakened.

Few hours ago, he was a tech-savvy weirdo always stuck in front of computers. But suddenly, he became the hobby of The Nigerian Army and the nightmare of The Nigerian Intelligence Agency.

Now, some gunmen are chasing him and his high schoolmate Simon Coker in a car. The military appears to want him dead, too.

By bucking traditions, pissing out people, and stepping on big toes, find out how Peter will escape the hunt and become the hunter in this fast-paced action and military crime thriller.

Book #2 in A Hunt series is also now available!