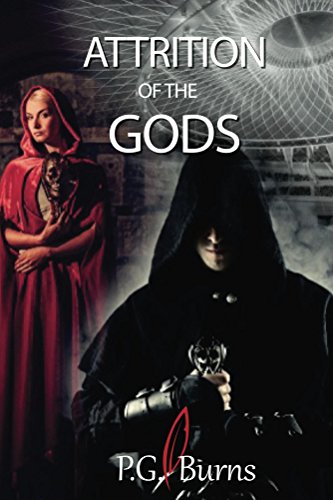 For fans of A G Riddle and Neil Gaiman

A brilliantly imagined dystopian tale and a breathtaking action thriller rolled into one.

Attrition of the Gods is the hunger games for over eighteens.

What the reviewers are saying?

Simple the best book I have ever read – Twitch.tv/Bigdaddy

“A #1 thriller that will leave you questioning everything you thought to be true.” – Elizabeth Wright, BestChapLit.com

“Everything you think you know is tested and teased in this action romp through human history.”

Behind the pages of history and the rhetoric of world leaders, a game is being played for dominion over the human race by a species we have evolved to forget: those that lie in the shadows and whisper to us when we are at our most vulnerable. It’s been running since the time of King Solomon and has influenced everything we hold dear and central to our humanity: from our major religions, through to the Holocaust.

Everything has been at their hands and now a winner is in sight. But it’s not only humans that are open to corruption. The rules have been broken and the simple game has turned into a battle for survival. Who are they Why are they here? And where does this leave the human race? We need a champion of our own, someone to win this game for us and save mankind.

“It’s time you learnt the truth. I only hope you can forgive me.”