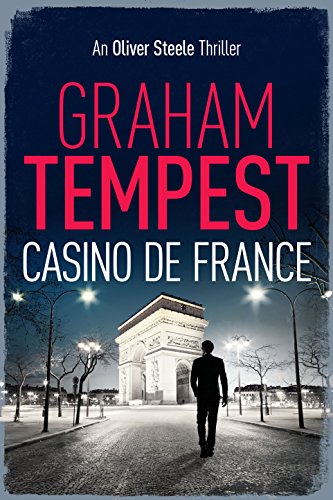 A nuclear terrorist is poised to destroy Paris.
The playboy son of a dictator is financing him.
Steele is summoned to the hotel that was the wartime HQ of the German High Command and has to match wits with a brilliant terrorist determined to sacrifice thousands of lives.
He confronts a degenerate African millionaire and a corrupt French attorney determined to wreak havoc. Only Steele stands in their way helped by a Brazilian model, a Californian computer expert with a freakish memory and an Israeli recovering alcoholic who runs Cuban refugees to Florida for a living.
Casino de France is another thriller featuring Oliver Steele, mild-mannered accountant who keeps finding he has to kill people.