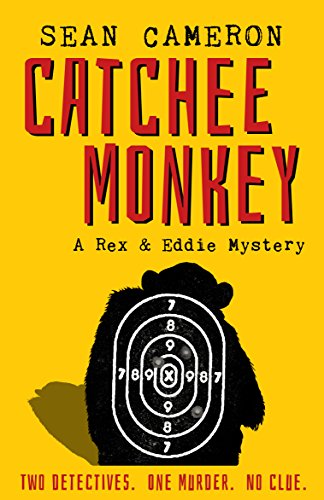 Two Detectives. One Murder. No Clue.

When Eddie is persuaded to start a detective agency with his friend Rex, he hopes to set up a respectable business, while Rex sees it as a chance to play out his noir fantasies.

The inexperienced sleuths stumble upon a murder mystery that puts them head-to-head with gangsters, assassins, and corrupt coppers. Outnumbered, outgunned and outwitted, they have to solve their case before it kills them, or before they end up killing each other.

The first in the Rex & Eddie Mysteries series, Catchee Monkey is a hilarious detective novella — or daft noir — that’s equal parts a British Comedy and a gripping thriller.

Buy Catchee Monkey and follow Rex and Eddie on their highly amusing and captivating adventure today!