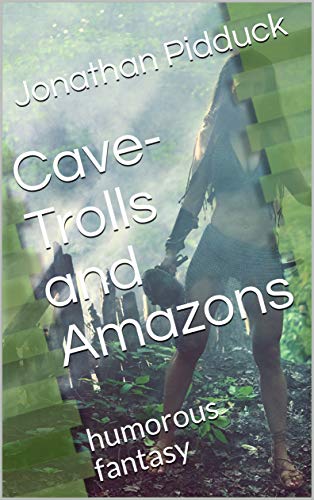 Two cobbled-together armies square up across the Forest battlefield, ranks of trolls and wizards lining up against a host of witches, Sirens and Amazons. But they are fighting a war neither side can hope to win.

Only a handful of people stand between them and oblivion, each of whom has problems of their own.

Halfshaft, a failed wizard, enlists the help of a gigantic cave-troll in his quest, but his hopes of saving the world are severely dented when he discovers his “ferocious” companion has a lucky handkerchief.

Takina, a blonde Amazon in the tiniest of fur bikinis, has been abducted by trollesses and set to reluctant work at a desert sex-slave market. But when the camp is besieged, she suspects that she may have bitten off more than she can swallow.

Rod, whose dearest wish is to get back down the pub before last orders, has been co-opted on to a small but select band of witches’ donkeys. But even with the help of the wizard and the Amazon, he discovers that it is hard to be heroic with a witch in the saddle.

“Cave-Trolls and Amazons” is a colourful and imaginative quest-fantasy romp, stuffed full of humour, adventure and squirrel-skin bikinis. Sheer unbridled escapism from the author of “Slave-Girls and Amazons”.