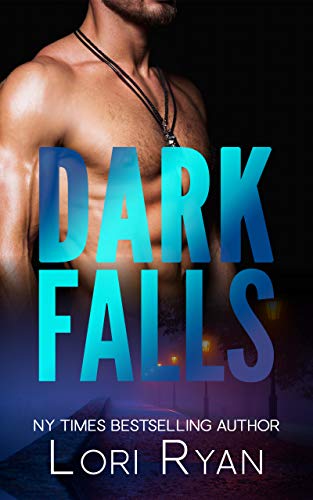 John knew he was going to let this woman down. He’d probably already gotten her hopes up that there could be something real between them.

He put his hands to hers and pulled them away from his face. “Ava, I need you to know, I can’t …” he cursed under his breath. “This can’t be more than sex between us. It can’t go anywhere other than that.”

She shocked the hell out of him when she grinned and nodded, her eyes sparkling like he’d just told her something fantastic. “I know. Isn’t it great?”

He did one of those comical double takes. “It is?” If his chest tightened a little at that, he didn’t acknowledge it.

Her amusement was clear. “Yes.” She looked around, as though she thought her dad or sister might be listening in, and lowered her voice. “We were always great in bed together. I don’t have time or room in my life for a real relationship. You don’t want to get married again. It’s perfect.”

Why the hell did it sound like the exact opposite of what he wanted when it was coming from her mouth?

A cop hunting a violent thrill seeker. A woman from his past. Will their history and heated attraction put his case on ice or will they get a second chance at love?

USA Today says:”Dark Falls is an intense and engrossing kickoff to this multiauthor series. In true Lori Ryan fashion, it’s chilling, touching, funny and sexy, and way too captivating to put down. Dark Falls may be a charming place to live, but it has its diabolical side … and you won’t believe what the town has in store for us next.”

An investigation of jewelry store robberies across the city should have been routine for Detective John Sevier. But the woman he once thought he might marry owns a jewelry store, putting her in the line of fire and making this investigation anything but ordinary.

John is off his game at a time when he needs to be more on than ever before.

As the perpetrators begin to feed off violence, going from damaging property to taking lives, John doesn’t know if he can move fast enough to take down a violent group set on causing as much damage as they can before they go down.

Grab Dark Falls from NY Times Bestselling Author Lori Ryan and get ready for a night of “one more chapter” reading!