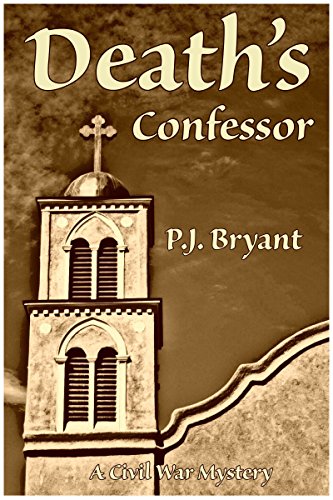 A fast paced, gritty murder mystery through the wilds of territorial New Mexico’s Rio Grande Valley with the feel of a Tony Hillerman novel and the complexity of a Ngaio Marsh mystery. Pueblos, Apache, former Mexican citizens and the US Army collide in a tale of greed and murder. A new civil war mystery series by best selling author Phillip and Jennifer Bryant.

Peter Thomas Smith’s days on the post of Fort Craig, New Mexico territory, are spent fighting boredom, keeping cool, and giving the spiritual state of the 5th California Mounted Infantry volunteers a ready ear. As chaplain, he isn’t asked to do much in the way of fighting Apaches and there have been no wounded in battle to tend to from fighting Confederates.

He is content to let this state of affairs continue, that is until the Piro scout, Tafoya, brings in a soldier half dead with no name, no unit, and no reason for being there. Like his preferred namesake before him, Thomas the doubter, there are too many questions to ignore.