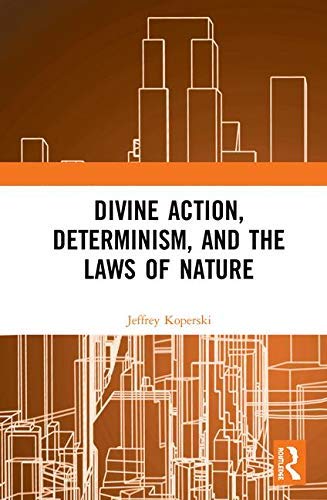 A longstanding question at the intersection of science, philosophy, and theology is how God might act, or not, when governing the universe. Many believe that determinism would prevent God from acting at all, since to do so would require violating the laws of nature. However, when a robust view of these laws is coupled with the kind of determinism now used in dynamics, a new model of divine action emerges.

This book presents a new approach to divine action beyond the current focus on quantum mechanics and esoteric gaps in the causal order. It bases this approach on two general points. First, that there are laws of nature is not merely a metaphor. Second, laws and physical determinism are now understood in mathematically precise ways that have important implications for metaphysics. The explication of these two claims shows not only that nonviolationist divine action is possible, but there is considerably more freedom available for God to act than current models allow.

By bringing a philosophical perspective to an issue often dominated by theologians and scientists, this text redresses an imbalance in the discussion around divine action. It will, therefore, be of keen interest to scholars of Philosophy and Religion, the Philosophy of Science, and Theology.