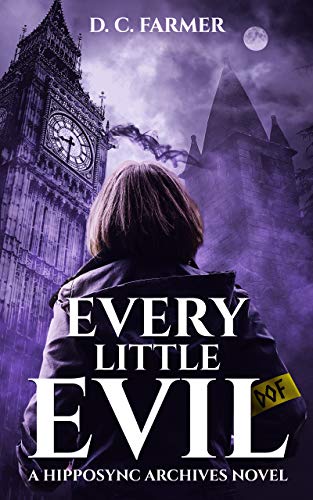 Bloody symbols in a locked room. A missing victim. Lots of clues but no explanation. There is only one person the police can turn to…once they’ve had a cup of tea.

Captain K Porter is a specialist. Her job is to ensure that nothing unpleasant sneaks across the border into our world from all the others. Because something is always trying, the monstrous little buggers.

When a high-profile politician disappears from a house under armed guard, the authorities are clueless. The arcane symbols daubed on his bedroom wall don’t help.   Neither does the fact that they’re written in his own dripping blood. Nor that the missing minister is a philandering, pompous git.

For supernatural investigator Kylah, this is a chance to earn her spurs. But as well as confronting an unsolvable puzzle, she faces hostility in the shape the cynical police officer running the investigation.  He doesn’t believe in the occult. He’s convinced it’s just another tawdry urban crime.

But Kylah suspects someone’s paying a terrible price for dipping a toe, or something even less savoury, in the murky depths of the dark arts.  She knows her career and the missing man’s life are on the line. Now time is running out for the both of them…

NB — Please be aware this is a short introduction to the series and is only 75 pages long.

Click or tap BUY NOW to jump into a world YOU won’t want to leave TODAY. And it’s totally FREE for crying out loud.