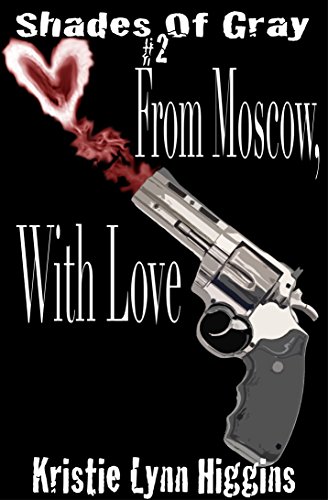 #1 Shades of Gray: Noir, City Shrouded By Darkness starts this series and follows the adventures of Kat and Kim. Continue this serial series and find out more about these women and the world of danger and mystery they must survive in.

The Shades Of Gray Series follows the adventures of Kat, a woman with no memory of her past who is called the Pandora Project by those who hunt her, and Kim, a woman leading the life of a legal assassin called a Life Closer. The world they live in is plagued by clouds that prevent the sun from shining down on the land called Dry Clouds, making all who live in Noir forced to live in endless night. Start this series for “Free.”

Kat searches for clues to her past while androids called Un-Men and human bounty hunters try to kill her, and Kim searches for who murdered her mother. The two women’s paths collide, and they form a shaky partnership to unravel the mysteries that haunt their lives and they try to protect one another from those who do not wish for them to discover the truth.

Everyone’s soul is marked by a color. Which shade of gray will they hold to?

In the second book of the Shades of Gray series, Kat found herself teamed up with Kim. Together they searched for clues to their past. Their partnership stood on shaky ground though. Kim, a Life Closer (legal assassin) known as the Phoenix, needed Kat for the moment, to help in her search for her mother’s murder. Once Kim no longer needed Kat, would the Phoenix go through with eliminating her for knowing she’s a Life Closer?

Kat had discovered little about her past. Over a year ago, she woke to a world of endless night and had no memory of who she was. A music box, a letter, and a gun were her only clues. Kat discovered the melody the music box plays, put her in a trance and healed her body of any injures. Why? She didn’t’t know.

Voice, the one who regulated the Phoenix, had sent the Raven and the Wolf to Close her. Why? Kim didn’t’t know, only that she must eliminate the two Life Closers before they terminated her.

Kat was caught up in the struggle as the Raven and the Wolf were also hired to Close the sister of someone dear to her. Now she must protect the sister and Kim, but the Phoenix was hiding a dark secret that put the sister in an even deadlier predicament. What was Kim hiding?

Could Kat and Kim defeat the two Closers? Could Kat keep the promise to herself that no one else would die? What would happen in the end when Kat discovered the Phoenix’s secret?