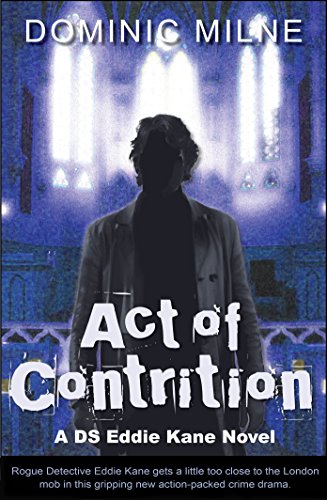 In the first of this new London-based crime trilogy, we meet the rogue Detective Sergeant Eddie Kane. Eddie is a reckless and dissolute operator, under investigation by the force and in debt to local mob chief, Vincent Mullis. When a killer starts targeting prostitutes in north London, Mullis is unusually keen for Eddie to solve the crime, but why?

A serial killer is targeting prostitutes in Islington, the victims having a number of unusual links. The killings begin the same week that convicted killer and local man, Paddy Graham, is released from prison following a life sentence for murder.

DS Eddie Kane has inadvertently found himself under the thumb of Vincent Mullis, who has taken ownership of a debt Eddie has built up with terminally-ill bookmaker, Arnie Duggan. Eddie’s troubles begin to spiral out of control when he is placed under investigation following a drugs-bust gone wrong. While suspended, he is forced to investigate the murders for Mullis, who wants to get to the murderer before the police. He then reluctantly hears a murder confession from his former bookmaker…

In this heart-stopping, gripping crime drama, Eddie’s investigations lead him into a murky world of pornography, murder and revenge, all of which seems to centre around a local church and the charismatic vicar, Jonathan Carter. Eddie is feeling the pressure from all sides, but will there be any chance of salvation?