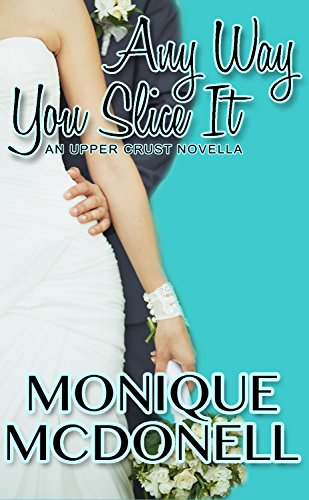 He’s everything she never wanted in a man–too bad she’s married to him.

One month. That’s how long Aussie native, Piper, has to find a husband if she wants to stay in the States and keep her newly booming food truck business running. But if this feisty, independent entrepreneur hasn’t found a man she could stand to marry after years of dating, how is she supposed to conjure a groom in a month?

Enter ambitious lawyer, Aaron. His firm has made it clear that he’ll be fast-tracked to partner if he can settle down and give up his playboy bachelor ways. The marriage deal he strikes with Piper is a no-brainer. A win-win…but only if they can keep it strictly business. That should be a piece of cake considering the only thing they have in common is their mutual need for a spouse. But keeping this a relationship in name only is easier said than done when the heat between them is rising faster than the pies in Piper’s kitchen.

The line between true love and a fake relationship blurs with every kiss. Can these bickering newlyweds find their way past the lies and deception to a real romance?

This is the first book in The Upper Crust Series. All books in the series can be read as stand alone stories but it’s lots of fun to revisit the characters in subsequent books.