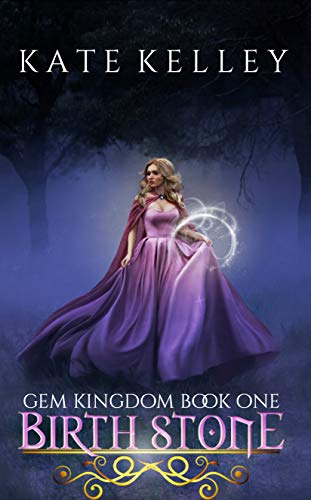 That’s how long King Terrin has been looking for his sister, rightful heir to the throne. He wears the hated crown in her stead as he searches for the place his sister was exiled to–an unearthly realm as elusive as his freedom.

At every turn, his mages have come up short, exhausted, their magic weakening. Ten years, and nothing to show for it but the realization that magic everywhere is dying, along with the earth, and they are running out of time.

That is, until he receives a prophecy about a key to locate the realm…a key in the form of a peasant woman from an unnamed village.

At the end of his rope, King Terrin calls for her, riling up complications he never thought he would face, such as having to summon the patience to train and work with the common woman, a fledgling mage with considerable power but little control–over her magic, her temper, or her rosy, lush mouth.

Lyra is a village schoolmistress, friendless, and on the verge of becoming a spinster.

When she is summoned to the sequestered, royal Island of Gem, her fragile, narrow view of the world ripped asunder.

There, in the formidable King’s court, she will uncover the truth about herself and the world the dark, brooding King has tried so hard to bury—that a well of dormant magic lives within her, the world is not at all what it seems…and that she might have the chance to save it.