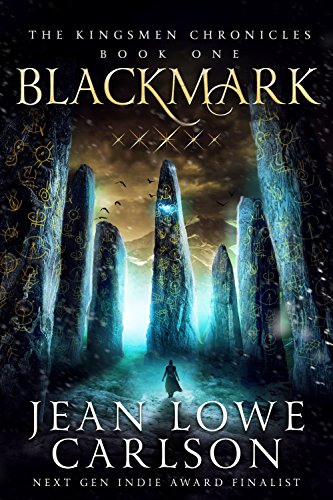 A nation’s elite warriors vanished. A throne in jeopardy on the heels of murder. War flamed by a shadowy magical cabal.

And the five friends who can stop it, banished as traitors.

Accused of treason, Kingsman Elohl den’Alrahel seeks the truth of a betrayal that caused his people to disappear a decade ago. Now, he must give everything to shatter a hidden sect that usurps power from the throne.

Nations burn and kings are brought to their knees in this dark and gritty sword and sorcery series from Amazon bestselling and award winning author Jean Lowe Carlson. A complex world of treachery, passion, sex, and magic, readers who enjoy Robert Jordan’s Wheel of Time, Patrick Rothfuss’ Kingkiller Chronicles, George R.R. Martin’s A Game of Thrones, or Brandon Sanderson’s Stormlight Archive will love this fantastic adventure.

What Readers Are Saying:

“Once in a while a phenomenon happens. When it does, all existing icons are tumbled. New standards get set. A new legend gets born. This Kingsmen series is such a phenomenon.” – Manie Kilian, Amazon Reviewer

“Breathtaking till the last page, full of twists and turns, political intrigue and traitors galore! Puts me in mind of Brent Weeks and the Dragonlance epic series.” – Lana Turner, Amazon Reviewer

“Like George R.R. Martin and Patrick Rothfuss, JL Carlson brought forth emotions in me that books from my youth never could.” – RonC, Amazon Reviewer

“Fast-paced with twists and turns – a world I have no desire to leave!” Susan E. Latham, Amazon Reviewer

“An epic tale of love, heartache, horror, lust, hope, death, and redemption. I cried, laughed and had to stop myself from chewing my nails!” – Jennifer Manning, Amazon Reviewer

“If you like Jordan, Rothfuss, or Martin, the Kingsmen Chronicles are certainly worth your time!” – L4nner, Amazon Reviewer

“An amazing world that sucks you in – an awesome fantasy series for grown-ups.” – Jules, Amazon Reviewer