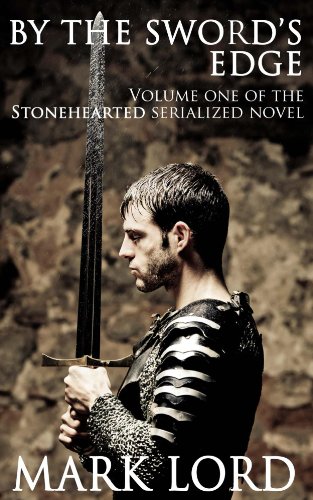 In 1370 two families are thrust together by the harsh realities of war. Lady d’Aubray holds Sarbrook castle, but has sold nearly everything to pay the ransom of her husband, who was captured in France over a decade ago. Eolande d’Aubray, the missing lord’s daughter, is desperate for her father to return. She remembers little of him, but she does know that he is the only man who can rescue her from an unwanted marriage.

William Stone has bought much of the d’Aubray estate having made a fortune as a cloth merchant, and is looking forward to seeing his two sons move up in the world. For his eldest, Richard, he hopes to make squire to Sir Robert Knolles, commander of the English army set to invade France this summer, as long as he can pay the consideration demanded by Knolles. But when Knolles and his ambitious captain, Minsterworth, visit the Stone’s to agree their terms, a tragic series of events destroys the Stone’s world forever.

For Richard Stone there is only one place to find peace.

If you love gritty medieval adventure then download a sample to your kindle or click Buy Now!

By The Sword’s Edge is the first volume of Stonehearted, a serialized novel.