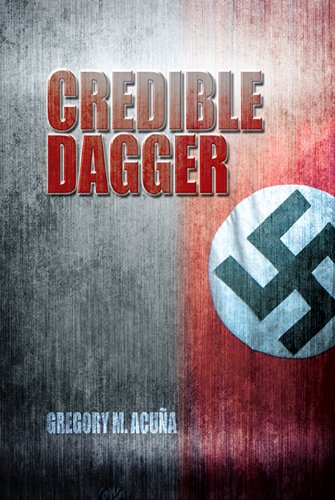 Synopsis:
In this World War II thriller and prequel to The Balkan Network, it is April 1941. Four Belgrade University students are enjoying the time of their lives. Fresh with a wad full of foreign currency and few worries, their innocence is suddenly shaken when Field Marshal Göring’s Luftwaffe bombers strike the city at daybreak in “Operation Punishment.”

The four students, Josef Kostinic, Celeste Bowman, Dick Vojovoda, and Penelope Mitchell take refuge and flee the city, only to have their rescue hopes dashed as Axis aircraft strafe the Adriatic coastline, sealing off their exit and forcing them in different directions.

Two years later, with the United States formally entered into the war, the four students are unknowingly reunited once again. This time, British and U.S. intelligence services combine forces and infiltrate a team into Yugoslavia to determine the true credibility of Chetnick resistance leader Draza Mihailovich, code named Credible Dagger.

The young companions must not only survive the harsh conditions in the field, but also Partisan guerrilla attacks, Communist double agents, and the ruthless tactics of SS counter-intelligence chief Hans Flosberg, who is constantly on their trail. Despite all these challenges, the operatives uncover information so crucial that the Allies keep it a secret for almost sixty years.

About the Author:
Gregory M. Acuña was a former U.S. Air Force pilot and currently a B-777 Captain for a major U.S air carrier.. He grew up in San Diego and now lives in Northern California with his family. Credible Dagger is the first book in a three-book series, The Balkan Network and Nimble Dodger. He is currently writing his fourth book, Knight To King 6: A Cold War Thriller.