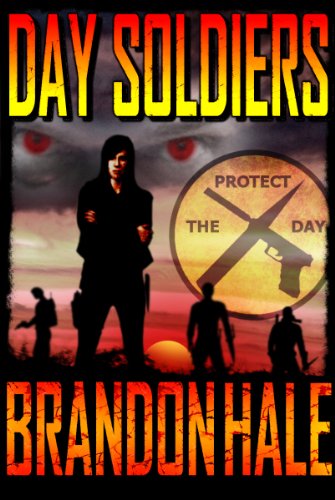 A legion of vampires and werewolves has declared war on the human race.

For ten years now, humanity has been at war with the creatures of darkness. The war has changed the world. The day now belongs to humanity and the night belongs to things once thought to exist only in myths and legends… but there is hope. This new enemy has united humanity and an army has stepped forward to protect the light from the darkness. An army of heroes.

Eighteen year old Lily Baxter always knew the Day Soldiers would be a major part of her life. She had been preparing for it since she was eight. She was ready to go to war. The one thing she wasn’t prepared for was the day the war came to her.

Part horror, part comedy, part adventure, Day Soldiers will take you on an exciting ride through a world where monsters are monsters and the only thing they fall in love with is the taste of human blood.