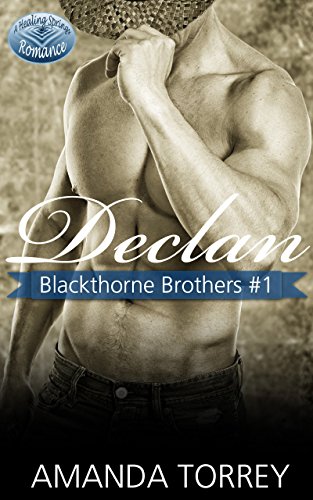 He should hate her. So why can’t he stay away?

Returning to his hometown after an eight-year self-imposed banishment, Declan is determined to find his missing father. Hopefully alive.

When Declan encounters the fiery vegan activist who can’t stop herself from sneaking onto the farm in a misguided attempt to liberate the cows, he’s forced to confront all of his previously held beliefs. He can’t fight the spark between them, but can he trust her?

As clues into his father’s disappearance point toward her as a potential suspect, Declan must confront his beliefs all over again.

With a missing father, a neglected farm, raging brothers, and a feisty woman who not only vows to shut them down at any cost but also tempts him like no one ever has, Declan can’t afford to be off his game.

But how can he stay focused with her challenging him at every turn?

***DECLAN is a seductive small town romance with a riveting mystery from the author of the Healing Springs series.***