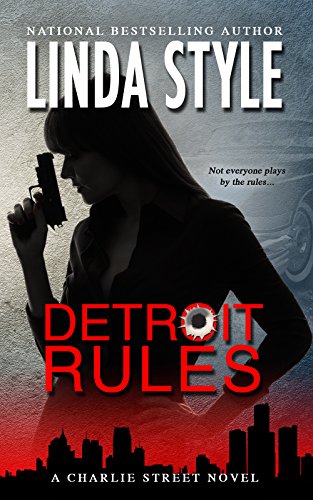 “Charlie’s the most dazzling character (it’s her series, after all), skilled in martial arts and managing other cases as well, including an ongoing murder trial. … Charlie proves formidable in multiple capacities, and those taking shots at her can bet she’ll return fire. A protagonist that readers should definitely want to see again…”
–Kirkus Reviews

STREET LAW: Whatever it takes…
Disillusioned attorney turned private investigator Charlie Street’s life shattered when her father was convicted of murder and killed in prison. Convinced he was framed, she vowed to find who was responsible and see them pay.

Detective Remington Malone’s best friend has disappeared…the case has gone cold, but nothing, not even the threat of losing his job, can keep Remy from investigating. And as the bodies of his snitches start piling up, it’s clear someone besides the chief of police wants to stop him.

Remy needs the best PI in town, and that’s Charlie Street. Except there’s bad blood between the investigator and Detroit’s finest. The last thing Charlie wants is to work with a cop. But when she sees a link between Remy’s case and her father’s…it’s a job she can’t refuse. Soon, Charlie and Remy are mired in the dark world of human trafficking, running from the mob―and fixed in the crosshairs of a killer.

DETROIT RULES is the first book in Linda Style’s explosive new STREET LAW series. A ticked-off mob boss, cops on the take, seduction, betrayal, and murder—it will take a lot more than money to fix this Motor City problem.