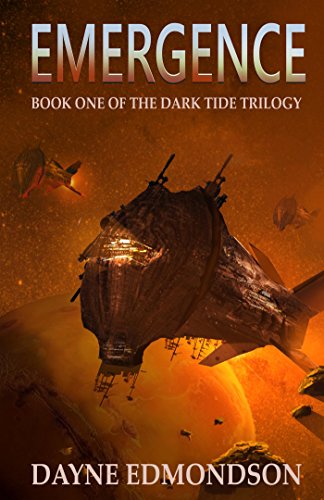 Aliens have invaded the Milky Way.

Captain Martin and his fleet at the opposite end of our galaxy is all that stands between the emerging ancient aliens and certain destruction of humanity. Even with the help of powerful magic, the alien menace may be too much to overcome.

Elsewhere, Agent Hague chases down rumors of a secret cult after an assassination attempt on the president of the Federation’s life.

With the emergence of the long-foretold aliens, the Federation stands on the brink of destruction. Can Captain Martin and his allies hold the line? Can Agent Hague uncover a plot within the Federation?

A tribute to Star Wars books of old, and the first book in a new trilogy in the existing Seven Stars Universe, “Emergence” is set nearly two thousand years after “Shadows Fall” and features cameos from many of the longer-lived heroes of ages past.