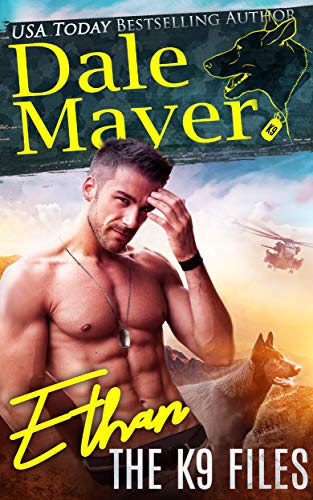 When one door closes … second chances open another …

Ethan was lost after a major accident abruptly shifted him from a military life to a civilian one, from working with dogs to odd jobs … In that time, he’d spent months healing from his physical injuries. When he connects with Badger and the rest of his Titanium Corp. group of former SEALs, Badger offers Ethan an opportunity he can’t refuse. A chance to do the work he used to do … with a twist.

Cinnamon works from home as a project manager plus is heavily involved in global dog rescues—dogs of all kinds. When Ethan walks into the next door’s vet’s office with an injured shepherd in his arms, she sees another lost soul—just like the canine ones she helps.

Ethan knows he’s about to take a dangerous step, but he’s on the job, and no one—on the job or not—hurts animals while he’s around. This poor shepherd has taken enough abuse, and Ethan fears she is only the tip of a nightmare he’s determined to uncover. But he knows she’s going to lead him in the right direction.
He has his sights set on saving one dog in particular, Sentry: K9 File 01.