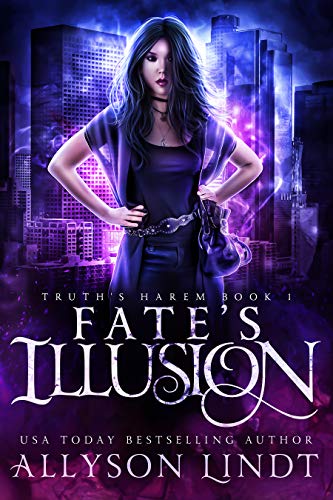 The gods want her dead. The feeling is mutual.

Their arrogance. Their disregard for life. Their oppressive rule.

Her father, Hades, is no exception. But since his brothers imprisoned him in a labyrinth, he and Lexi share a common goal—destroying the other gods. To free him, she must enlist the help of a loyal and gorgeous hellhound, and an obnoxious but sexy hero.

No one warned her about the trials that await.

The void that threatens to consume her. The rampaging champion who can kill her with a single blow. And the ex who’s looking for vengeance of the fatal variety.

And they definitely left out the details about fated love. Twice over.

Now Lexi must decide what she’s willing to surrender to defeat opponents who will sacrifice humanity before they’ll forfeit their power.

Two Plus One (Ménage Romance)
Their Nerd
Their Matchmaker