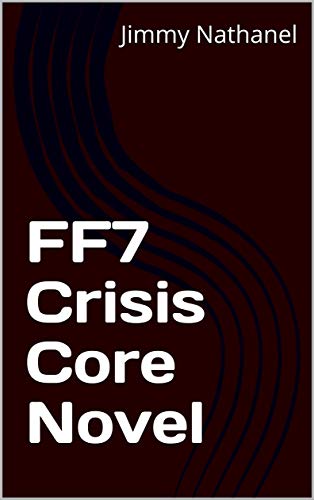 FF7 Crisis Core Novel is novel of Final Fantasy 7 series. Crisis core, story of Zack! Look again at one of most underrated characters of Final Fantasy, Zack. Final Fantasy VII takes place on a world referred to in-game as the “Planet”, though it has been retroactively named “Gaia”. The planet’s lifeforce, called the Lifestream, is a flow of spiritual energy that gives life to everything on the Planet. Its processed form is known as “Mako”. On a societal and technological level, the game has been defined as an industrial or post-industrial science fiction milieu. During Final Fantasy VII, the Planet’s Lifestream is being drained for energy by the Shinra Electric Power Company, a world-dominating megacorporation headquartered in the city of Midgar. Shinra’s actions are weakening the Planet, threatening its existence and all life. Significant factions within the game include AVALANCHE, an eco-terrorist group seeking Shinra’s downfall so the Planet can recover; the Turks, a covert branch of Shinra’s security forces; SOLDIER, an elite Shinra fighting force created by enhancing humans with Mako; and the Cetra, a near-extinct human tribe which maintains a strong connection to the Planet and the Lifestream.