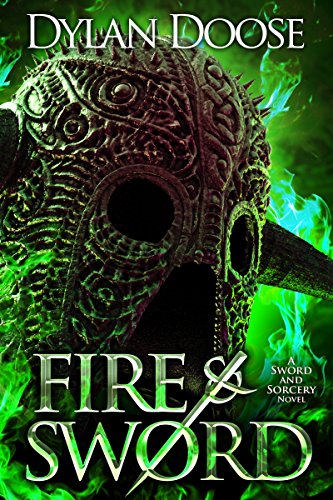 A broken nation in need of a savior—ravaged by plague, decimated by dark magic, infiltrated by a foreign evil seeking to dominate from within. Three will rise to save the beleaguered land. But will they be enough? Condemned to hang for their crimes, they’ll march instead to perish as heroes or live as free men.

Three men condemned to die: Aldous Weaver is a heretic monk turned sorcerer, imprisoned for accidentally incinerating the leader of his order. Kendrick the Cold, an infamous crusader turned fugitive, is a villain who knows he can never be a hero. Theron Ward, an aristocrat with a penchant for slaughtering monsters, is a legend in his own mind.

When the kingdom of Brynth is threatened by a far greater evil, the unlikely trio must make a choice — seek to escape this land that cries for their execution or find the true heroes within themselves. And then, armed with fire and sword, march together against the forces of darkness. But can three such disparate warriors ever prevail?

Read all the books in the dark and gritty Sword and Sorcery Series!
Fire and Sword (Volume 1)
Catacombs of Time (Volume 2)
I Remember My First Time (short story)
The Pyres (Volume 3)
Ice and Stone (Volume 4)
As They Burn (Volume 5)
Black Sun Moon (Volume 6—a complete, stand-alone novel)