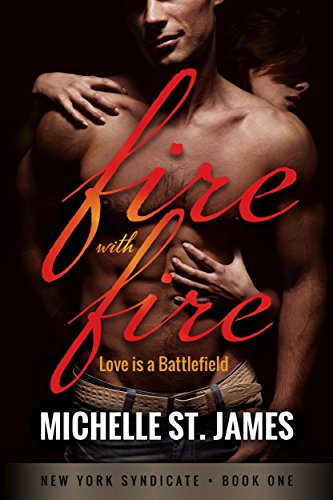 “Damian and Aria are on fire!” – Amazon Reader Review

Love is a battlefield — and only the strong survive.

Shunning his Ivy League education and the empire that was his birthright, Damian Cavallo found his place in New York City’s criminal underworld after the fall of the Syndicate. Reclusive and angry, he works alone — until crime lord Nico Vitale makes a compelling argument for the new organization’s far-reaching power. After hearing Nico out, Damian is willing to consider the possibility of leading the New York territory.

There’s just one problem: he isn’t the only one who wants it.

Aria Fiore didn’t choose a life of crime — it chose her.

Raised by her dangerously unbalanced brother, Primo, after the death of their parents, Aria had no choice but to follow him into a life of crime. She finds happiness working in the city’s community garden but can’t help wondering if she’ll ever get the chance to choose something for herself. Then Damian Cavallo appears — hot, brooding, and demanding Primo forfeit the New York territory. Aria has no love for the business, but even the gorgeous criminal can’t shake her loyalty to her brother.

As the rivalry becomes more and more deadly, Primo’s first in command is only too happy to goad him into reckless action. Desperate to save her brother, Aria forges an alliance with Damian that quickly turns into an undeniable passion. Now she’s forced to admit the truth:

She is in love with Damian Cavallo — and her real enemy is much closer to home.