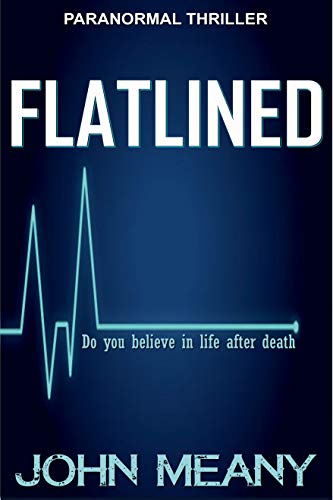 The car skidded on the wet pavement, fishtailed.

Then we crashed into the tree.

The medics rushed me to the trauma center.

The next thing I remember I was suddenly floating above my body, I heard the cardiac monitor flat line, indicating that either my heart had just stopped or that I had died.

I wasn’t frightened though. No.

In fact, I felt fine.

I experienced a tremendous sense of calm, well-being and painlessness.

My body might have been in trouble, but not me.

As I watched the operating procedure from the ceiling, aware that I no longer had any attachment to my physical self, none whatsoever, I realized I had become a mist, a vapor, a subatomic particle, something.

I hovered in the air, near the ultraviolet lights like a crumb on the back of a moth. I was still in tune with my senses, actually, I was more in tune with them than I had ever been; my senses were heightened.

Among the handful of surgeons and assistants, all of whom were dressed in green gowns and caps, there seemed to be a lot agitation. The medical team worked on my injured body in a decidedly critical manner. The fact that I had just flat lined had caused a great deal of confusion.

Extraordinarily, the next thing I became aware of was two ghostly beings, which were human-like in that these phantasmagoric beings were shaped like people. Based on the mold of their bodies I could distinguish that one of the beings was male, the other was a female. These entities were floating in the air with me, hovering near the ceiling. However, they made no distinguishable sound; all I could hear was the surgeons down below talking amongst one another.