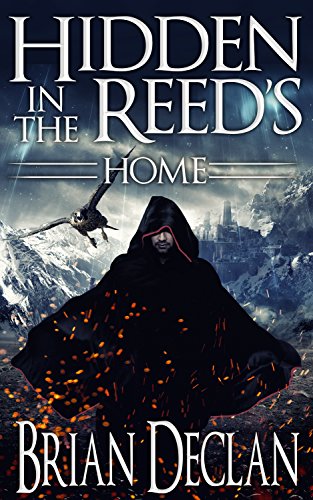 Pride. Joy. Pain. Sorrow. Just weapons. Weapons that can burn a man to cinders, or inspire him to greatness and beyond. For decades Frederick Lockland has wielded them against those who threaten the realm. Pride killed a tyrant. Sorrow ended a war. Passion united a fractured nation. When the ancient city of Reed falls, he must draw on his most powerful weapon.
Fear.

Chapter 1: A Stone’s Throw
“FUCK…I need you to check on Fort Reed,” he said. “Cocksucker! He said nothing about this chaos, nothing about helping people. Just take this fucking message and bring back a fucking response.”
“Wait, Master Rocious, where are you going? We need to help these people,” said Sergeant Chaplin.
“What am I supposed to do, Chaplin? I’m attuned to fire! You want me to burn the fucking river?! Besides, they don’t seem injured,” said Master Rocious.
“We… I… But we need to do something to help them!” said Chaplin. Rocious let out a frustrated breath. Chaplin was recently promoted to the rank of Sergeant and was supposed to be in charge. But it seemed whenever trouble popped up everyone turned to Rocious.
“Fine. Send your men downstream, there is a shallow spot where they can start pulling them out of the river. Tell whoever can walk to head east to Dominion.”
“Yes, sir,” said Chaplin.
“Where is that pompous twit Werval and his beautiful horse?” asked Rocious.
“It’s Lord Werval, and I’m right here.”
“Oh, well get your horse. Ride back to Dominion and tell Dominick to prepare for a lot of people. Have him send supplies to meet us on the road. These people are going to be starving in no time,” said Rocious.
“We left Dominion two days ago, now you expect me to ride back?” asked Lord Werval.
Ignoring Werval, Master Rocious continued, “I’m headed to the Fort to find Count Reed and figure out why thousands of his people are floating down the fucking river.”
“Yes, sir, but how do you know these people are from Fort Reed?” asked Chaplin.
Master Rocious continued ignoring his companions, “Oh, and start questioning people, see if anyone knows what happened.”
“Yes, sir, but what if we need you here, in case something happens?” asked Chaplin.
“In case something happens?! I know you are young but don’t be stupid! Something already fucking happened, and I mean to find out what. Now get your head out of your ass and start solving problems instead of asking questions,” said Rocious in exasperation.
Chaplin took a breath to order his thoughts, “Yes, sir, blond hair, warm clothes. They are likely from the mountains. The river here flows from… Fort Reed?”
Master Rocious swirled his hand encouraging Chaplin to spit out his answer, “Yes, it flows from Fort Reed. The real question is how thousands of people got this far down river, but that’s my worry. Focus on getting them out.”
With a salute Chaplin took off shouting orders to his men.
Master Rocious closed his eyes and began to focus his magical senses.
“You really expect me to ride—”
“FUCK, Werval. Yes, I expect you to stop wasting time and ride,” barked Master Rocious.
Rocious’s vulgar nature often made it difficult to distinguish between simple irritation and true rage. But Werval had known the man for a long time and was well aware that he could turn his rage into a bloodbath if pushed too far. Hell, Werval had seen him incinerate countless men when King Dominick unified the Duchies. Werval simply bowed his head and took off riding down the road.