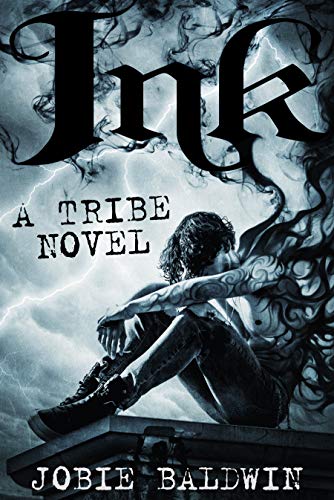 A powerful god, a magical tattoo and a rebellious teenager. What could possibly go wrong?

Christian, an unruly English teenager, stumbles onto a mysterious tattoo parlor. Possessed by the Rune God, Hagalaz, he becomes immortal, gifted with magical powers which allow him to harness the forces of nature.

Only problem? Hagalaz God of Disruption, is intent on making Christian’s life a living hell. And then there’s the Settlers, a mysterious group with a dark and devastating secret.

It is up to Christian and his new Tribe of four, each gifted with their own celestial passenger, to uncover that secret.

But nothing is what it seems, and it will take much more than the powers of a few long-forgotten gods to stop the impending global disaster that threatens to destroy everyone and everything in its path.

Ink is the first installment in the Tribe series of urban fantasy adventure superhero novels. The second novel, Flak, is out now!