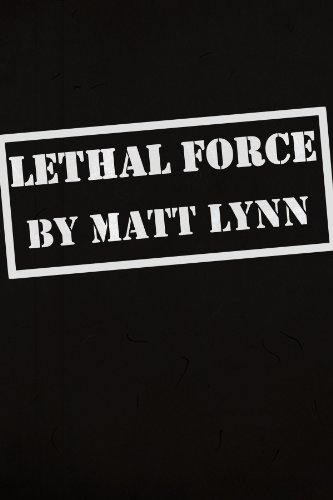 Special-forces soldier turned mercenary Steve West is dropped onto a remote Scottish island. His every movement will be tracked for ‘Lethal Force’, the most expensive video game ever made. He’s been told it’s just a story. But within seconds Steve is fighting for his life. And a deadly manhunt has begun…

‘Lethal Force’ is a short story from Matt Lynn, the best-selling author of the ‘Death Force’ series of adventure thrillers, including ‘Death Force’, ‘Fire Force’, ‘Shadow Force’ and ‘Ice Force’.

Matt Lynn’s books have received a series of five-star reviews.

‘I was anticipating a good time and I wasn’t disappointed. A cracking action thriller. You can taste the dust and smell the blood’

(News of the World )

“For teenage boys or simply for those men who don’t want to grow up, Shadow Force is a cracking read. Intellectually stimulating it ain’t; fantastic fun it most certainly is.”

‘This is a fast-paced and well-told tale of derring-do that guarantees entertainment.”