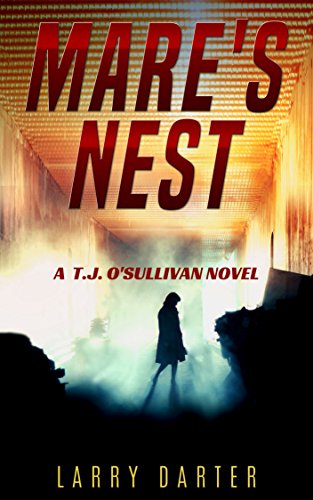 From the author of the Malone Mystery series comes a smart, sassy, sexy new P.I., T. J. O’Sullivan. Hailing originally from New Zealand, T. J. has the accent and lots of attitude.

When Los Angeles P.I. T. J. O’Sullivan is sent to Honolulu by her boss to track down a client’s missing daughter, it seems like a simple missing person case. O’Sullivan is excited by the prospect of mixing a little business with some pleasure on the beaches of Waikiki. But the case turns out to be anything but routine. In fact, it becomes a regular mare’s nest of extortion, betrayal, and murder.

Only after arriving in Hawaii does T. J. learn from the client his daughter didn’t actually go missing. Instead, she has been abducted and is being held for ransom. To make matters worse, while T. J. tries to get a lead on the daughter, she has to fend off the sexual advances of her predatory client. The client gets murdered, and T. J. gets framed. Now she must solve at least one murder to prove her own innocence, resolve a criminal conspiracy involving her dead client’s own family, and save herself from the clutches of some serious bad guys.