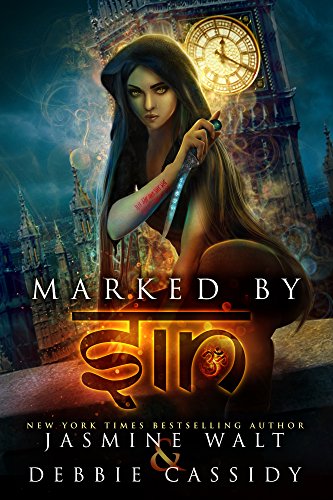 In an alternate London, where ancient Hindu gods rule, one woman holds humanity’s fate in her blood-stained hands…

Adopted by Brahma Corp’s Assassin Guild and raised as one of their own, Malina Hayes is about to make her fiftieth kill. After bringing down forty-nine of London’s worst criminals, this latest job shouldn’t be a big deal. But if Malina is successful, she’ll receive her first milestone mark. Ascension in the ranks, better pay, and a swanky flat in Soho all sound like very good reasons to make this kill count.

But fate and destiny have different plans for Malina. Seconds away from receiving the coveted milestone mark, Malina is torn away from the world she knows and thrust onto a new path—one where the purity of her soul will determine the very fate of mankind. Trouble is, Malina’s kill orders were a lie. The targets she assassinated were innocents, and each one has left a terrible stain on her soul.

Stains she must now remove, at any cost.

Atoning for the blood of fifty victims is no mean feat, especially for someone who has spent their entire life killing. But if Malina fails, the lock on the gates of the underworld will crumble to dust. And we all know what happens when a legion of demons is unleashed upon the world…

Especially when they have their sights set on you.