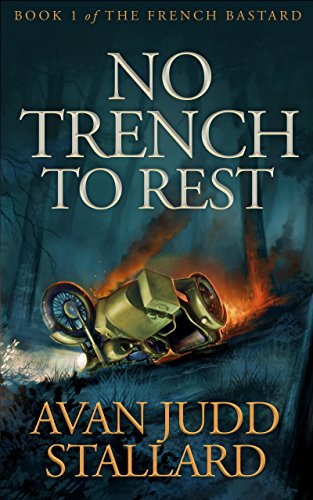 When the only thing stopping the Kaiser’s army is a women’s auxiliary and a farmer with a gun, two weary soldiers on R & R must go to war one last time …

It is World War One and Michel, the illegitimate son of the French President, has been forbidden to join the fray. Michel joins anyway, except with the British Army under an assumed name. After an intense battle, he and Henry, his comrade in arms, earn a few precious days of leave. They head for the mountains to rest and recuperate. Little do they realize that the war is following hot on their heels.

When instead of wine and women they find Germans and a secret plot to destroy France’s hub of munitions production, they are in the middle of nowhere. There are no open lines of communication, no reinforcements, no easy way out. Cut off, outnumbered and outgunned, they recruit a motley army of amateurs. They are so tired of it all, but Michel and Henry know there’ll be no rest until they go to war one last time.