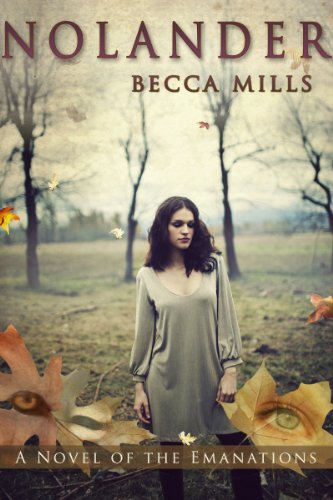 Beth Ryder knows she’s different. In a tiny rural town, being an orphaned and perpetually single amateur photographer crippled by panic disorder is pretty much guaranteed to make you stick out like a sore thumb.

But Beth doesn’t understand just how different she really is.

One day, strange things start cropping up in her photos. Things that don’t look human. Impossible things. Monstrosities. Beth thinks her hateful sister-in-law, Justine, has tampered with her pictures to play a cruel joke, but rather than admitting or denying it, Justine up and vanishes, leaving the family in disarray.

Beth’s search for Justine plunges her into a world she never knew existed, one filled with ancient and terrifying creatures. Both enemies and allies await her there—a disturbingly sexy boss, a sentient wolf with diamond fur, body-snatching dinosaur-birds. Separating the allies from the enemies is no easy chore, but in this strange new world, allies are a necessity. A plot is afoot, and Beth—whose abilities no one seems able to explain—may well hold the key to solving it.

Nolander is the first novel in the fantasy series Emanations. The second novel, Solatium, and a short story, “Theriac,” are also available.