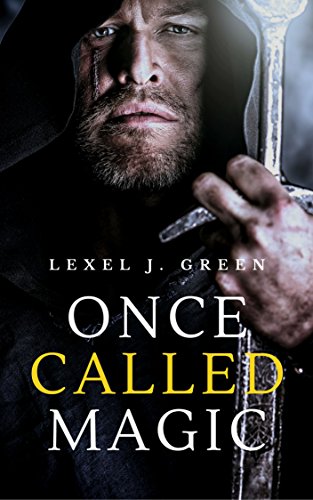 From author Lexel J. Green comes a sword and sorcery series that mixes epic fantasy with steampunkish adventure and a twist you won’t see coming.

SOMETIMES MAGIC IS MORE TROUBLE THAN IT’S WORTH.

Ember Cobb has sunk as low as a man can go – he’s lost his home, his wife, even one of his eyes. As a former spellcaster and imperial legionnaire, the only thing Ember knows how to do is fight. So when he takes a mercenary job at a far-flung fortress, it’s a chance to put the past behind him. To redirect his pain and anger.

But his past isn’t so easily forgotten. Hundreds of miles away in the imperial capital, a brutal murder sparks a desperate grab for power. On one side, Ember’s old friend Colonel Lokke de Calvas, a man of honour and principle. On the other, the mysterious Tydek Mordume, a bureaucrat who will do whatever it takes to win.

Over seven days, the lives of these three men will be forever changed as friendships are tested, rebellion stirs and bio-magical horrors threaten to destroy them all.

Once Called Magic is a fast-paced fantasy novel with swords and sorcery, war and backstabbing politics, mysteries, monsters and a twist ending. It’s the first book in the Oconic Gates series, perfect for fans of Chris Wooding and Mark Lawrence.

Also by Lexel J. Green:
Once Called Thief
The Oconic Prison
The Hero of Zegoma Beach