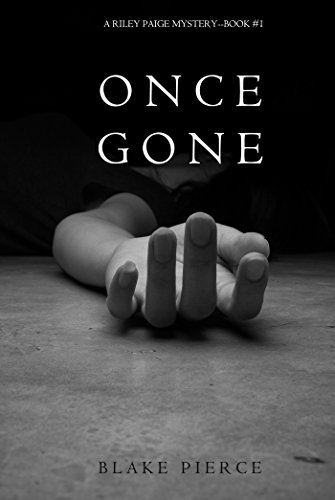 “A dynamic story line that grips from the first chapter and doesn’t let go.”
–Midwest Book Review, Diane Donovan (regarding Once Gone)

“A masterpiece of thriller and mystery! The author did a magnificent job developing characters with a psychological side that is so well described that we feel inside their minds, follow their fears and cheer for their success. The plot is very intelligent and will keep you entertained throughout the book. Full of twists, this book will keep you awake until the turn of the last page.”
–Books and Movie Reviews, Roberto Mattos (re Once Gone)

Women are turning up dead in the rural outskirts of Virginia, killed in grotesque ways, and when the FBI is called in, they are stumped. A serial killer is out there, his frequency increasing, and they know there is only one agent good enough to crack this case: Special Agent Riley Paige.

Riley is on paid leave herself, recovering from her encounter with her last serial killer, and, fragile as she is, the FBI is reluctant to tap her brilliant mind. Yet Riley, needing to battle her own demons, comes on board, and her hunt leads her through the disturbing subculture of doll collectors, into the homes of broken families, and into the darkest canals of the killer’s mind. As Riley peels back the layers, she realizes she is up against a killer more twisted than she could have imagined. In a frantic race against time, she finds herself pushed to her limit, her job on the line, her own family in danger, and her fragile psyche collapsing.

Yet once Riley Paige takes on a case, she will not quit. It obsesses her, leading her to the darkest corners of her own mind, blurring the lines between hunter and hunted. After a series of unexpected twists, her instincts lead her to a shocking climax that even Riley could not have imagined.

A dark psychological thriller with heart-pounding suspense, ONCE GONE marks the debut of a riveting new series—and a beloved new character—that will leave you turning pages late into the night.

Book #2 in the Riley Paige series is also now available!