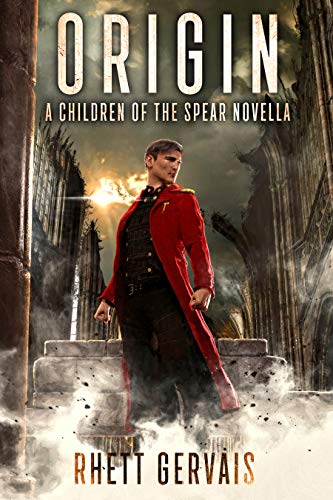 Instead, Bobby has been given an impossible task…Hunt down and execute some of the most powerful superhumans in existence.

When his entire team of heroes goes rogue and begins committing acts of terror, he is ordered to bring his friends to justice.

But every encounter with his former allies bring up questions that can’t be answered, doubts begin to surface, and he is forced to make the terrible choice between duty and friendship.

Origin is a fast paced, action packed prequel to the Children of the Spears series. If you like Neil Gaiman, Allan Moore and Frank Miller, you won’t be able to put this book down.