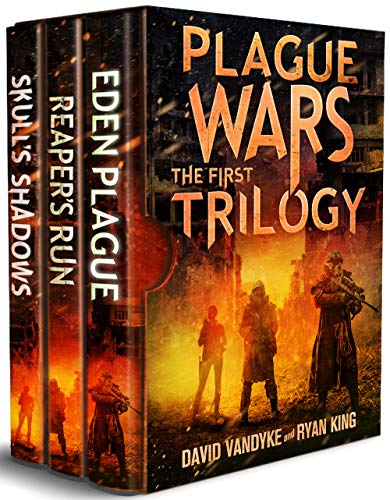 When the Eden Plague is loosed upon the world, the forces of order and chaos, good and evil must battle it out in a struggle for control and supremacy. A PTSD-damaged combat medic, a female Marine with no legs and a sniper with no remorse might be its only hope of survival. Can these flawed heroes drive back those who would enslave humanity? Or will the darkness spread and swallow them up?

Begin your journey through the epic saga of the Plague Wars with the gripping first three books of the bestselling apocalyptic series, for the first time in one enormous volume. Plague Wars: Infection Day follows in the apocalyptic thriller and military-adventure science fiction traditions of Stephen King, Harry Turtledove and SM Stirling.