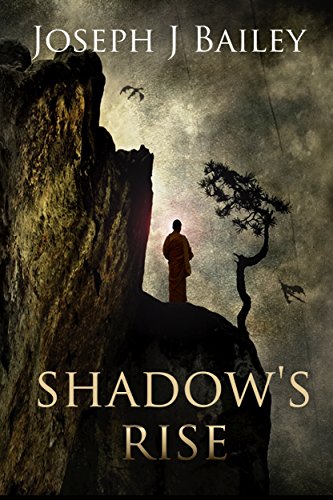 Yip Chi Chuan, a young martial and spiritual ascetic, must flee as the only home he has ever known, the ancient monastery of the Priests of K’un Lun, is destroyed by a newly ascendant extradimensional evil. Cast out and alone, Yip strikes out on a quest spanning the breadth of his home world of Ea’ae and into the greater macroverse beyond in an attempt to unseat an all-consuming Darkness rooted in his once vaunted order’s distant past.

Will Yip, the last of his kind to walk the wide world beyond his fallen sanctuary, succeed where his mighty brethren failed in ages past?

Unfortunately for Yip, the answer appears all too clear… Without the guidance and teachings of his lineage, pursued by malevolent supernatural agents of the Cabal, unable to fully defend himself in a world steeped in magic, his quest may fail before it ever begins.

Unfazed by his limitations, guided by his inner vision and direct experience of the energies of life, the radiant chi suffusing and enlivening the world all around, he is determined to triumph where others have faltered.

To win forward, he will need help…but first he must survive.

A blend of Western fantasy and Eastern martial arts and mysticism, Shadow’s Rise is the first book of the Chronicles of the Fists, an epic trilogy recounting Yip’s adventures against all odds.