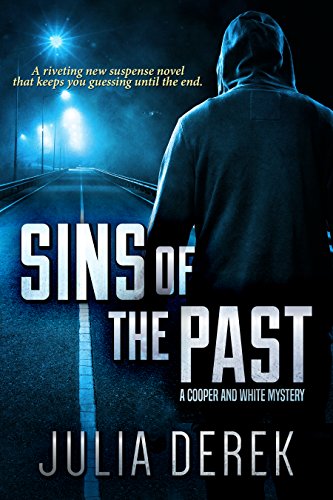 Stay-at-home mom Kate Martinez’s life is turned upside down when her husband Diego is stabbed to death, leaving her with no means to support their toddlers. Detectives Cooper and White are put on the case, and their only lead is the unusual knife left at the crime scene. Kate insists neither Diego nor she have any enemies.

But Diego may have more enemies than Kate thinks; he was once a member of a vicious gang and kept this a secret. When Kate discovers his lies, she’s devastated and turns to Trevor, a man she once dated who’s become a friend.

Little does she know that Trevor, too, used to be a member of a brutal gang named the Aryan Brotherhood—which happens to be a rival to her husband’s gang. Not only that, Trevor has an agenda of his own. By the time Kate figures it all out, it may be too late.

NOTE: This is the SECOND edition of SINS OF THE PAST. It has a brand-new prologue, two new chapters, and a key plot change. Other than that, the story, while much tighter, is still the same.