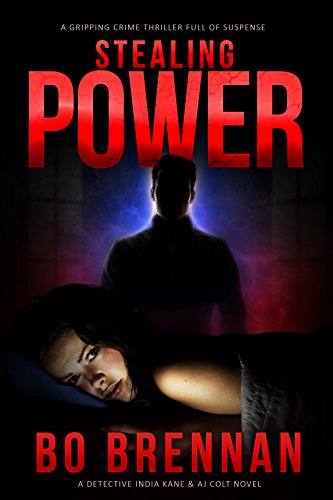 Stealing women’s power is easy … restoring it is deadly.

Detective Chief Inspector AJ Colt lives his life in the limelight. The charismatic star of New Scotland Yard is public relations gold. Everyone loves him. Well, almost everyone. For three years a vicious serial rapist has been taunting and tormenting him, sending him recordings of every sickening crime he commits. But with no DNA from the devastated victims the trail is stone cold dead, until a familiar landmark leads Colt back to his hometown – the last place on earth he wants to be.

It’s also the last place on earth Detective India Kane wants him. The obsessively private local keeps her head down, works hard, and doesn’t bother anybody. She likes life that way. When people bother her, things have a tendency to get messy. She’s just landed a career changing case – a brutal drug-facilitated rape investigation – and doesn’t take kindly to the arrogant newcomer parachuted in to snatch it from her.

The hunt is on.

But Colt and Kane’s twisted prey is just warming up. As he escalates, so does his power. And he won’t stop until he’s stolen it all … even if it means bringing his own brand of terror directly to those who hunt him.

When their lives collide – it won’t just be the victims’ worlds that are torn apart.