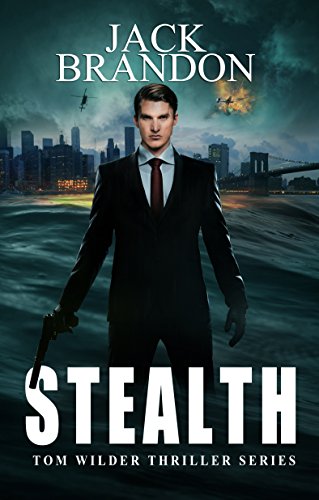 A new technology threatens the world order and rogue Russian Oligarch Victor Zorin has a stolen copy of it ! Can Tom Wilder stop him using it to bring a catastrophe to New York worse than 9/11?

Wilder and his small team have to race against time to track Zorin down – to stop him from using it to blackmail the West. But Zorin doesn’t like being chased – he kidnaps Wilder’s teenage daughter in a threat to stop Wilder’s interfering. Can Wilder get his daughter back and counter Zorin in time to stop disaster striking New Yorkers?

Interview with the Author.

Q. Why did you choose a character like Tom Wilder as the main character for your thriller series?

A.Because many authors who write in my chosen thriller genre like Lee Child, David Baldacci, or Michael Connelly have great heroes similar to Wilder. Heroes like these give us writers a chance to weave action-packed stories of conspiracies, assassinations and general mayhem to which our hero characters can respond. However tough the opposition these heroes meet or the situations in which they find themselves, they are the kinds of people with the skills necessary to deal with whatever is thrown at them and they also have that crucial will to win. My books give readers a welcome escape from daily life.

Q. I see you’ve you picked a background of cyber-warfare? Isn’t that something that people read about in the newspapers but aren’t really bothered about personally?

A.Yes, maybe, but not for long. Not only is cyber-warfare’s potential for huge damage to an enemy now clearly understood, many states are pumping increasing resources and development money into combating it – and Organised Crime Syndicates are doing the same. I realise that my readers may not yet have been affected by cyber-warfare and so may be less interested in it – but they will be. The authorities don’t tell them the whole truth about what’s really going on right now. Banks, for example, don’t talk much about cyber-attacks for fear of panicking their customers. But when quantum computers arrive – as they do in my books – readers should know that there will be no more secrets on the internet; quantum technology can read straight through any of today’s encryption technology. But all of that aside, the quantum computer is only there in the background of my books to give the story a plausible way of raising the stakes. And in real life, before too long a weapon such as the Gemini will exist and its ability to bring a country to its knees will be every bit as terrifying as the threat of a nuclear missile attack. And, of course, in cyber-warfare, an enemy’s strike can come with no warning – no missiles appearing on radar screens, just sudden power blackouts or worse.