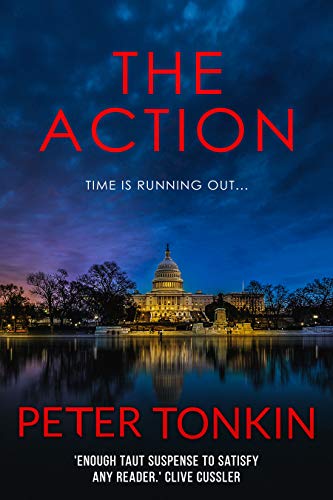 The Cold War is supposed to be over.

Yet tensions rise between China and the United States, immediately before Hong Kong returns to Chinese rule, as a defector flees, pursued by the Chinese Secret Service.

At the same time a British vessel begins to sink, stranded in the middle of the Indian Ocean.

For Alec Stone and Eldridge Gant, two actors and ex-servicemen, it becomes clear that someone is out terminate the passengers on the ship, one by one.

At the same time intelligence agents in Hong Kong, St. Petersburg, and Washington D.C. are in a race against each other to track the defector’s whereabouts, and more importantly, the mysterious bargaining counter he has taken with him.

But who will succeed? And what do the passengers on the boat have to do with the intelligence operation?

Peter Tonkin was born in Ulster, Northern Ireland and was raised in the UK, Holland, Germany, and the Persian Gulf. The son of an RAF officer, Tonkin spent much of his youth travelling the world from one posting to another.