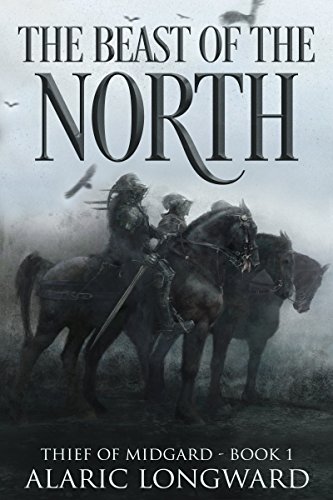 There are no gods in the world of men.

There are only men, and their kings and queens, and some such rulers are always looking for trouble.

In the brutal north, thieves Maskan and Sand know the king Morag’s justice is uncommonly harsh, while his politics seem to drive a wedge between allies and granting opportunities for their enemies.

The man is, in short, rumored to be mad, and one of those kings who find trouble.

Such politics and kings are no concern of theirs, until they pickpocket the wrong victim, and get caught in the aforementioned politics, and tangled with the harsh law of Morag.

In the end, both thieves find themselves allied with noble families, whose motives are shady, and perhaps, also, they find the world is not made only for men, and the king is not as mad as rumoured.

Something has crept into Midgard.

The Beast of the North is a book one in bestselling, savage story of the Nine Worlds, a Norse Mythology inspired epic, dark fantasy adventure.