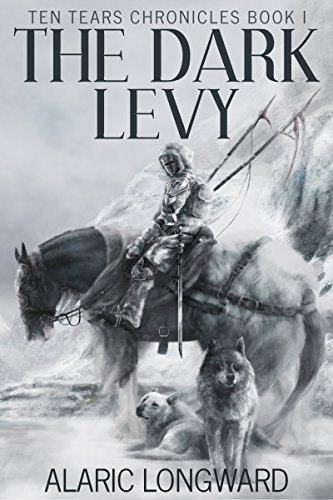 Goddess Hel, thousands of years ago, set her hordes to conquer the Nine Worlds of Odin. She did it to pay back for insults, for her cruel fate, and to regain her stolen Eye.

She failed to take the Nine Worlds, but the worlds were shut off from each other, and from the gods.

Now, thousands of years after the war, an evil creature has found a way to regain the still lost Eye, and possibly, a way to take the Nine Worlds, one by one. The fates of the Nine Worlds and the gods themselves hang in balance, and on the shoulders of a very special party of enslaved humans. Harnessing their unusual powers, coaching them to be weapons, and more, the monster has finally found the unique, special human amongst the party, the one she has sought for thousands of years.

Her name is Shannon.

Shannon can change the fate of Aldheim, the elven world of god Freyr, and the ancient monster demands Shannon serve her in exchange for her sister’s life, and for their eventual freedom and for glory that follows the conquest. Yet, for Shannon, the courage to defy her captor is born of the one thing she never had before.

Will Shannon find her way in the webs of deceit, or shall she be forced into servitude to a being, whose quest will lay low nations and perhaps even worlds?

The Dark Levy is the bestselling, first book in a series of Dark Fantasy stories set in Odin’s Nine Worlds.

“In great company. the Wheel of Time, Sword of Truth …” – Audible Review