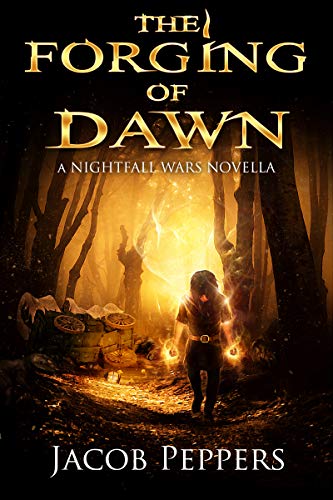 No armies march. No generals marshal their troops on some distant battlefield. Yet the people of Entarna are at war.

And they are losing.

The nightwalkers have returned, creatures that roam the darkness searching for anyone foolish or unfortunate enough to find themselves without light to protect them. And the people of Entarna carry lanterns and torches, wielding them as shields against the night’s creatures.

But sooner or later all lights fade. All flames go out.

Torrik and his wife were once soldiers in the war against the Dark. But when their son Alesh was born, they left that life behind them in the hopes of keeping him safe. But Alesh is no normal child, and Torrik will be forced to learn a hard truth.

Finding themselves in the center of a conspiracy threatening the entire realm, Torrik and his wife must try to become the people they once were, people they’d thought they’d left behind long ago.

For when all lights go out…darkness reigns.