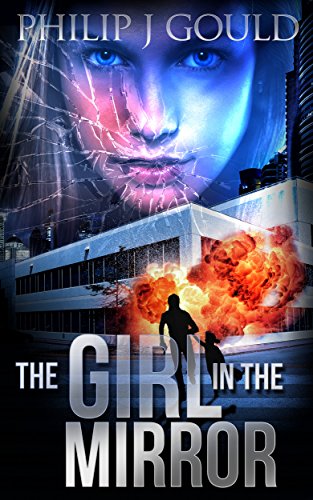 Created as a prototype for a soldier of the future, sixteen-year-old Sophie Jennings possesses abilities like no other. With exceptional strength, intelligence, endurance, longevity and the ability to become invisible, she is a force to be reckoned with, but many will try.
Her father, a bio-geneticist with a murky past, has ties to a corporation whose motives are questionable. His unease with their intentions, prompts him to run, taking Sophie with him.
Their journey unleashes a malicious chain of events that will pin Sophie up against a sadistic and equally powerful opponent and force her into a position to utilise every skill necessary to outwit and outrun her pursuers.
Fight or flight? Hide or seek?
For Sophie, the decision is simple.
Unbeknownst to her, taking out two armed men will only be the beginning of what she’ll face during the next forty-eight hours.
Will Sophie, inexperienced and untested, prove to be their worst enemy?

The Girl in the Mirror is a gripping action adventure that twists and turns, and twists some more. Like Sophie Jennings, you won’t see the end coming…