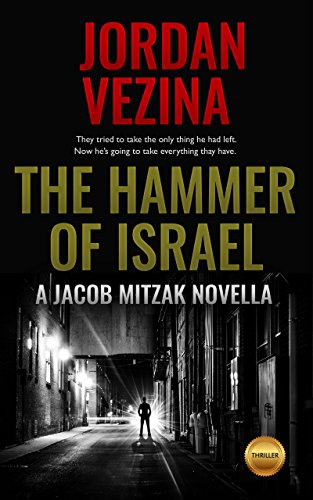 Jacob Mitzak escaped from Auschwitz at fifteen, and soon became famous to every Nazi war criminal in the world as The Hammer of Israel. Years later in nineteen-fifties New York City Jacob will become the only man standing in the way of the rise of a Fourth Reich on American soil. The Hammer of Israel is about to hit the Big Apple.

This is light alternative history. While most historical facts have been researched to be accurate with the time period, there will be some things that obviously did not happen. For instance, there was never a Fourth Reich movement in New York City after World War Two. However, it is worth noting that in 1939 there was a rally of the German American Bund (a pro-Nazi group) in Madison Square Garden attended by 20,000 supporters. So, while there was no Nazi underground in New York post-World War Two, this idea is actually not that far-fetched.

This is a novella at 25k words and is not intended to be a full-length novel. The characters you will meet in this book will appear again in other books in what is called the Jericho Black Universe where their progression will continue.

Thank you for reading, and I hope you enjoy the book.