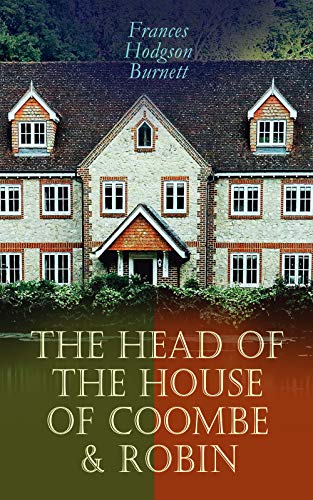 “The Head of the House of Coombe” – Lord Coombe is considered to be the best-dressed man in London. During one of his social forays, he meets a selfish young woman named ‘Feather’ with the face of an angel and he slowly drifts into her circle. Feather has a daughter named Robin, of whom she takes little notice. Robin hates Coombe because he separates her from her only friend, a little boy named Donal. Lord Coombe, however, grows fond of Robin and secures her a bright future, but only one person knows the secret of Coombe’s determination to watch over her.
“Robin” is a sequel to The Head of the House of Coombe. It is the eve of the Great War and British soldiers are leaving to fight the Kaiser. Robin and Donal are destined to find each other again after being parted after their first meeting as children about 15 years earlier. Their love blossoms, but now they have to part again, as Donal is the prime cannon fodder and leaves off to war. After some time, the word comes that Donal is missing and presumed dead, leaving Robin shattered, with a child on the way.