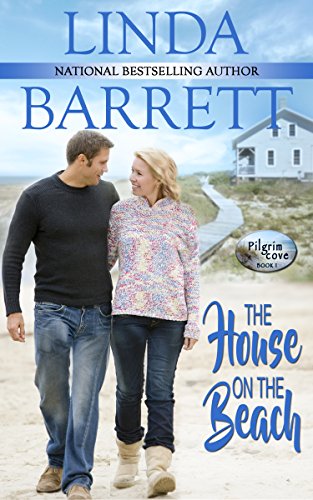 Pilgrim Cove–where love is as powerful as the ocean next door..

On the surface, Pilgrim cove seems like any other coastal town. Picturesque and peaceful with long stretches on unspoiled beach, fresh ocean breezes and the sense of time passing slowly.

THE HOUSE ON THE BEACH is the first of the four-book Pilgrim Cove series.

Laura McCloud has a bright future but needs a place to pick up the pieces of her life and career after losing her mom, her boyfriend and surviving a battle with breast cancer. A script that doesn’t play well for a single woman. Happy childhood summers in Pilgrim Cove pull her back to town and a stay in Sea View House.

Matthew Parker, his two young sons and his dad have shared a home since both men were widowed several years ago. And now, no women are needed in the Parker domain. But when Matt meets Laura, he discovers that his home might be missing something vital—a woman’s love.

Can these two determined people figure out what’s important and take a chance on a new beginning?